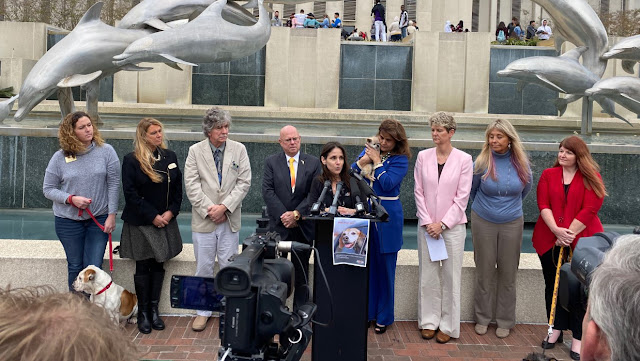 
TALLAHASSEE – Today, Sen. Annette Taddeo (D-Miami) and Rep. Sam Killebrew (R-Winter Haven) announced new legislation – S.B. 186/H.B. 363 – to end deceptive rent-to-own “pet leasing” arrangements that are being offered at Florida pet stores and leave consumers and pets at great risk. They were joined by representatives from the ASPCA® (The American Society for the Prevention of Cruelty to Animals®) and the Florida Association of Animal Welfare Organizations (FAAWO), as well as supporters from the Leon County Humane Society, Animal Welfare League of Charlotte County, Flagler Humane Society, Pensacola Humane Society and SPCA Tampa Bay.


Puppies sold in pet stores are often accompanied by soaring sticker prices. To make the puppies appear more affordable, pet sellers partner with private lending companies that offer leasing plans. These agreements are not only saddled with hidden fees and high buyout payments, they are actually leases, meaning the new family does not legally own the dog. Instead, the dog is the property of the leasing company for the entire length of the lease, which might last several years. Besides taking advantage of unknowing consumers, having a third party retain ownership of a pet raises serious ethical questions about who is permitted to make important medical decisions on behalf of the animal.


“This deceptive and predatory practice is heart-wrenching, it not only affects costumers it has harmful effects on our pets,” said Sen. Taddeo. “To many of us, our pets are part of our family. Once they are home with us, I can’t fathom being forced to choose between making a monthly lease payment or having the pet repossessed.”


“As a volunteer with Lucky Star Cavalier Rescue, I have seen firsthand the impact cruel breeding can have on dogs raised in commercial breeding facilities where they are often kept in dark, cramped and dirty conditions and they never get to experience love and kindness,” said Rep. Killebrew. “Dogs are not like cars and they should not be used as collateral by the pet industry that places profit over the welfare of animals. This bipartisan bill will help protect consumers from financial loss and prevent financing companies from threatening to repossess beloved family pets.”


“The ASPCA has long warned consumers to be skeptical of the pet stores and online sellers who may try to deceive them about the sources and health of the dogs they sell, and pet leasing is just one more example of the disregard many pet stores have for the well-being of their animals,” said Jennifer Hobgood, senior director of state legislation for the ASPCA, Southeast region. “These deceptive, predatory financing arrangements benefit only the lending company and the pet seller—not the consumer, and certainly not the animal involved. We thank Senator Taddeo and Representative Killebrew for introducing this critical bill to protect consumers and pets from these deceptive financing schemes, and we hope Florida will join the growing number of states that have enacted laws to prohibit pet leasing.”


“Pet leasing schemes result in a predatory financial transaction. New pet owners need support and guidance, especially if it turns out the pet isn’t a good fit,” said Martha Boden, CEO of SPCA Tampa Bay and board member of the Florida Association of Animal Welfare Organizations. “Leasing exploits the human/animal bond at the expense of animals and the people who love them. SPCA Tampa Bay and The Florida Association of Animal Welfare Organizations support this bill and look forward to the end of this callous practice.” 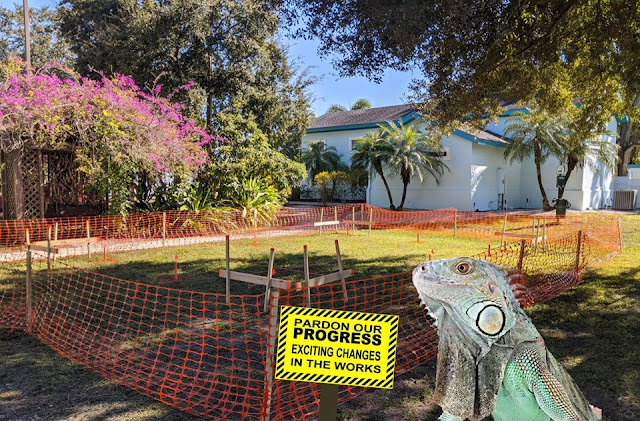 SPCA Tampa Bay To Be New Home For Iguanas